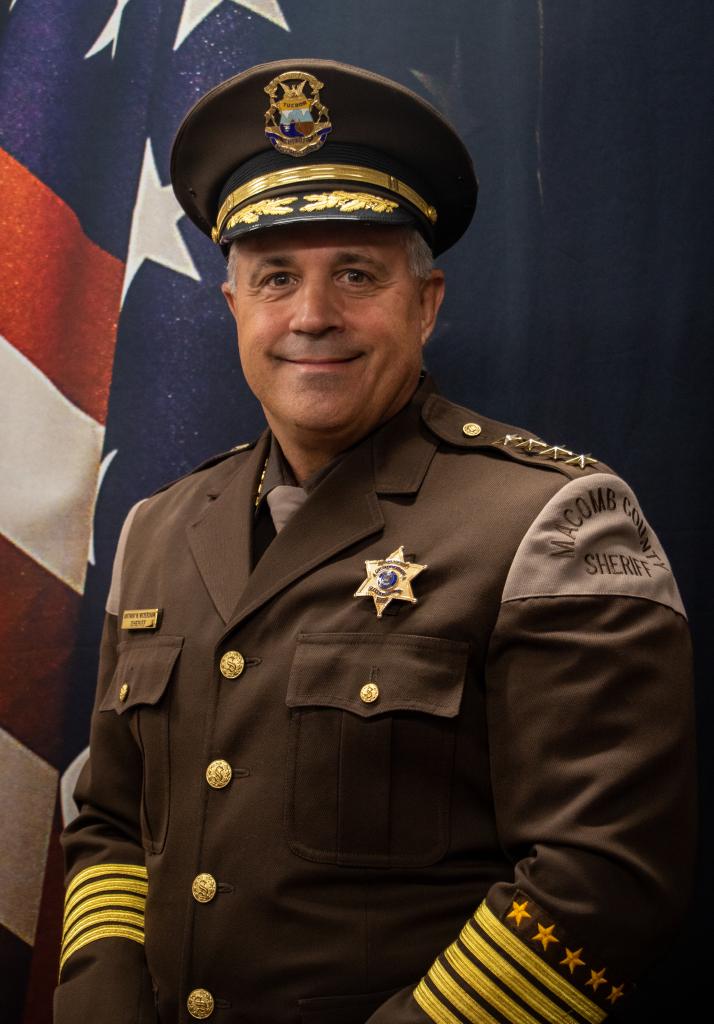 Sheriff Anthony Wickersham began his career at the Macomb County Sheriff’s office in 1986 as a Correctional Officer. Over the years, he has served in every rank of the department until he was appointed to his current position as Sheriff in 2011.

Early on, Sheriff Wickersham was promoted to Deputy Sheriff and assigned to the Macomb Township Substation; during this time, he also served as a member of the County of Macomb Enforcement Team (COMET) as a narcotics investigator.

With his hard work and dedication to the department, he was quickly promoted to Sergeant 1 and assigned to the afternoon shift until his promotion to full sergeant.

Sheriff Wickersham is a Firearms Instructor and Hostage/Crisis Negotiator at the Sheriff’s Office.

Sheriff Wickersham obtained his Associate Degree in Law Enforcement from Macomb Community College, a Bachelor of Arts Degree from Wayne State University in Interdisciplinary Studies and graduated from the Northwestern University Center of Public Safety School of Police Staff and Command. He also attended the 208th Session of the F.B.I. National Academy in Quantico, Virginia; as well as, the United States Secret Service Dignitary Protection School in Washington D.C.

Sheriff Wickersham is committed to maintaining the vital services that are needed to keep our community safe; while administrating plans to cut costs and save the dollars. He was born in Detroit and raised in Warren and now resides in Bruce Township.