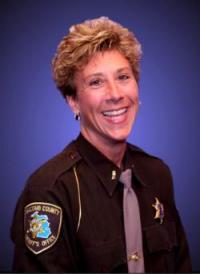 Undersheriff Elizabeth Darga started at the Macomb County Sheriff’s Office in 1987 as a Corrections Officer. She was promoted to Deputy Sheriff in 1991, Sergeant 1 in 1997, Sergeant in 2000, Lieutenant in 2002, and Captain in 2011.  During her career with the Sheriff’s Office, she has worked as a Traffic & Accident Investigator, Evidence Technician, Fire Investigator, Detective/Team Leader, Macomb Auto Theft Investigator, Uniform Services Lieutenant, Detective Lieutenant, and Administrative Services Captain.

Elizabeth Darga was appointed to the position of Undersheriff on January 16, 2016 by Sheriff Anthony Wickersham.  In this role, she oversees the day-to-day operations of the third largest sheriff’s office in the State of Michigan.  Undersheriff Darga’s responsibilities also include the department’s $74 million dollar budget while managing over 550 employees.  Some of her other duties entail: labor contracts and negotiations, disciplines, and lawsuits.

Undersheriff Darga was an adjunct faculty member for Macomb Community College from 1994 through 2005.  She was the Assistant Coordinator for four police academy sessions, an instructor for Domestic Violence at the Macomb Police Academy and a proctor for pre-employment testing. 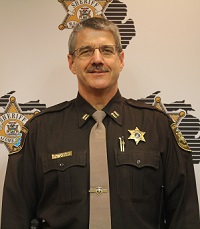 Captain John Roberts is currently the Chief of Staff for the Macomb County Sheriff's Office. He is the former division commander, which areas included the Detective Bureau, Evidence Technicians, M.A.C.E.(Computer Crimes), Youth Services, Special Enforcement Team, C.O.M.E.T., M.A.T.S.(Auto Theft), S.W.A.T., and the Training Division among others.

Chief of Staff Roberts began his career as a corrections officer in 1983. He worked various areas throughout the Jail. He was promoted to deputy where he worked various assignments such as Marine Division, Evidence Technician, Township Sub-Stations, and Traffic Division.

Chief of Staff John Roberts has received several commendations and awards from the Sheriff’s Office and other agencies. He has continued his learning experience throughout his career attending college and an extensive list of training classes and seminars. He is a graduate of the Northwestern School of Police Staff and Command, the FBI National Academy, Leadership Macomb, and the Macomb County Leadership Training. 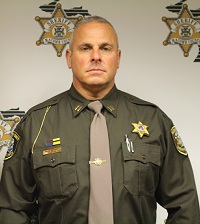 Captain David Kennedy was hired at the Macomb County Sheriff’s Office in 1990 as a Corrections Officer and later promoted to Deputy Sheriff in 1994. Captain Kennedy was first assigned to the Afternoon Shift Road Patrol for just over 3 years. He then was transferred to the County of Macomb Enforcement Team (C.O.M.E.T.) where he worked as a detective with the Violent Crime Task Force (V.C.T.F.).

Captain Kennedy was promoted to the rank of Lieutenant in 2011 working the midnight shift and later commanding the Macomb Township substation.  In 2012, Captain Kennedy was transferred back into the Detective Bureau as the commanding officer. This position included supervising detectives, Youth Bureau, Computer Crimes, Friend of the Court investigators and the polygraph operator.

Captain Kennedy was promoted to the rank of Captain in January 2016. He now oversees all investigative units within the Sheriff’s Office including: Detective Bureau, Sheriff’s Enforcement Team, Macomb Auto Theft Squad, S.W.A.T. and the Training division. 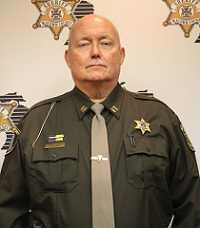 Captain Daniels began his career in February 1988 as a corrections officer.  He worked the area of the jail that housed inmates from the Michigan Department of Corrections.  He was later assigned to the booking intake desk.

He was promoted to Deputy in 1996 where he was assigned to the Harrison Township substation.  Captain Daniels also worked in the Traffic Division as an Accident Investigator and Breath Test Operator.

Captain Daniels was promoted to Sergeant in 1999, where he was assigned to the Detective Bureau.  He also worked at the Macomb Auto Theft Squad (MATS) for 4 years.

Captain Daniels was promoted to Lieutenant in December 2006.  He worked as the Administrative Lieutenant where he served as the Southeast Michigan Regional Citizens Corp Director.  He was later assigned back as the Supervisor of the Macomb Auto Theft Squad overseeing 7 investigators from 5 different law enforcement agencies.

Captain Daniels is a lifetime resident of Macomb County.  He attend Macomb Community College and is a veteran of the United States Marine Corp.  Throughout his career, he has received numerous citations from the Sheriff’s Office, as well as other agencies including Michigan State Police, Oakland County Sheriff’s Office, Troy Police Department and Michigan Auto Theft Prevention Authority. 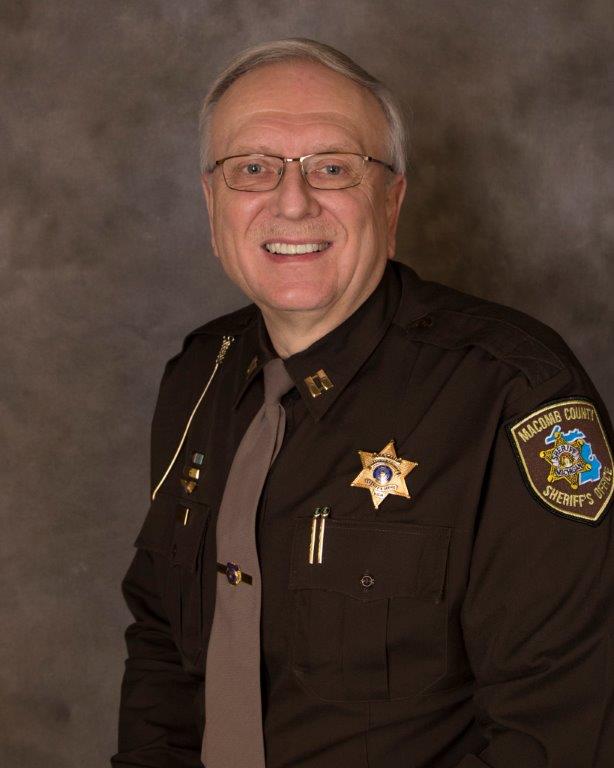 Captain Zimny obtained a Bachelor’s of Science Degree in Criminal Justice from Wayne State University. He is a graduate of Northwestern University Center of Public Safety School of Police Staff and Command. He also attended the 251st Session of the F.B.I. National Academy in Quantico, Virginia. 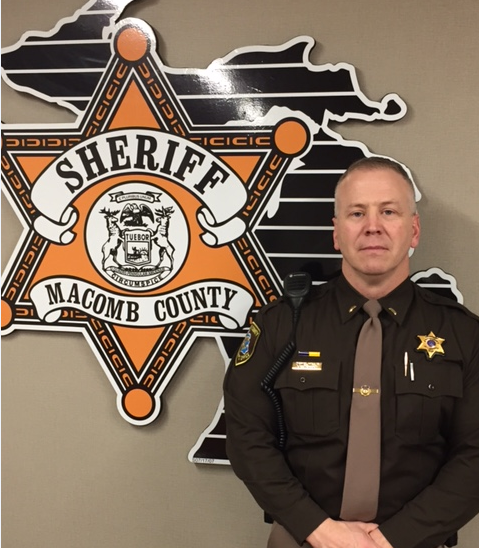 Lieutenant Daniel Willis started his law enforcement career serving the people as a Police Officer in both the Village of New Haven in 1992 and City of Richmond in 1993.

Lieutenant Willis was hired by Sheriff William Hackel in 1994 as a Correctional Officer. In 1995, Lieutenant Willis was promoted to a Deputy Sheriff position. As a Deputy Sheriff, he worked road patrol including the Traffic Division as a Motor Carrier, a Diver on the Under Water Search and Recovery Team (USRT), the County of Macomb Enforcement Team (COMET), and Oakland Macomb Interdiction Team (OMIT).

In January of 2004, Lieutenant Willis was promoted to the rank of Sergeant 1 becoming the afternoon shift commander. While working afternoons, he continued to serve as a member of URST as Team Leader and was a member of the Mobile Field Force and Honor Guard. He remained on afternoons until becoming a Sergeant in 2009.

In 2011, Lieutenant Willis was assigned to the Macomb Auto Theft Squad (MATS) as a Sergeant until moving to the Professional Standards Office in 2017.

Lieutenant Willis was promoted to his current position as Jail Operations Lieutenant in 2018.

Lieutenant Daniel Willis has received citations for Professional Excellence, a Unit Citation, several Sheriff Recognition Awards, and Officer of the Month from the Fraternal Order of Police (FOP). He is graduate of Macomb Community College and Macomb Regional Police Academy in 1991 and is a member of several civic and fraternal organizations. 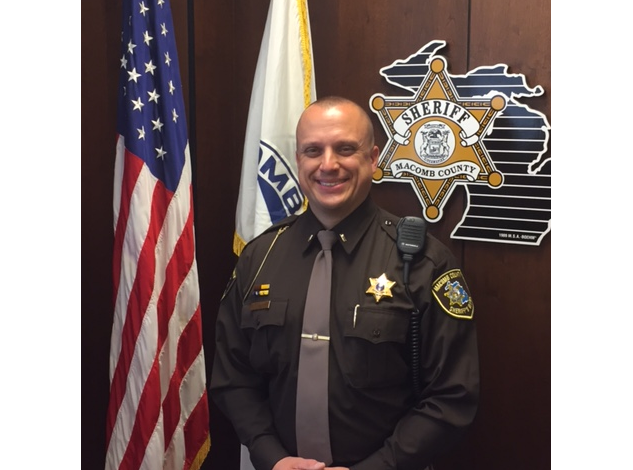 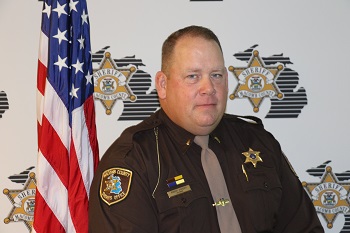 In 2015 Lieutenant Doherty was promoted to the rank of Lieutenant reassigned to the midnight shift. In 2016 he was assigned to his current position as the Administrative Lieutenant spot which oversees the training division, a civil service Liaison, and is in charge of scheduling within the Sheriff’s Office. 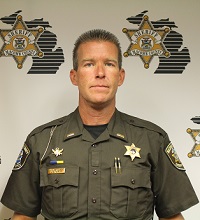 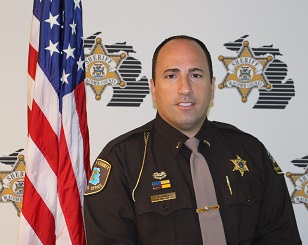 Lieutenant Jason Abro was the first Chaldean-American hired by the Macomb County Sheriff’s Office and began his career as a dispatcher in 2001.  He later was promoted to Deputy Sheriff in 2003, fulfilling his childhood dream of becoming a police officer.  Throughout his tenure at the Sheriff’s Office, he has worked various assignments, including Road Patrol, Marine Division, Investigations, Macomb Township Substation and Mobile Field Force.

Lieutenant Abro has received numerous commendations, including Sheriff’s Deputy of the Year in 2011 and a lifesaving award.

Lieutenant Abro is a graduate of Macomb Community College and Macomb Regional Police Academy, and is a member of numerous civic and fraternal organizations. He completed Northwestern University School of Police Staff and Command in 2017. 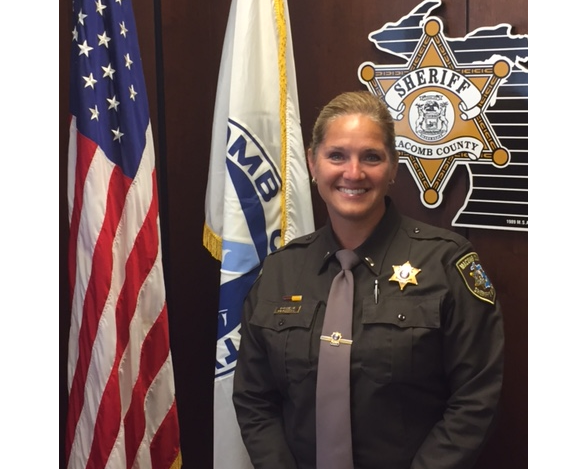 Hired by the Macomb County Sheriff’s Office in 1995 as a Corrections Officer. She attended the Macomb Police Academy and was then promoted to Deputy Sheriff in 1997.  She was assigned to Macomb Township where she was a community policing officer.  She was promoted to Sergeant 1 in 2004 and to Sergeant in 2006.  She was assigned as a supervisor in Macomb Township, Detective Bureau, Youth Bureau and Training Division.  She was promoted to Lieutenant in 2017 and is currently assigned as Jail Administrative Lieutenant. 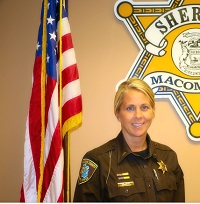 Lieutenant Tina Old is the Uniform Services Lieutenant.  Lieutenant Old was hired by the Sheriff’s Office as a Correctional Deputy in 1994.  She was promoted to Deputy Sheriff in 1995, then to the rank of Sergeant 1 in 2002, Sergeant in 2005, and to her current position of Lieutenant in 2016.  In her current role, she is responsible for the day-to-day operations of the Midnight Shift Road Patrol and County Jail.

Lieutenant Old previously was the Commander for the Macomb Area Computer Enforcement Team (MACE) and has worked in other key areas of the Sheriff’s Office including, Corrections, Road Patrol, Marine Division, Youth Services and the County of Macomb Enforcement Team (Narcotics).

She received a Bachelor of Business Administration from Rochester College and graduated from the Macomb Police Academy in 1993.  Lieutenant Old has received citations for Professional Excellence and Command Officer of the Year.